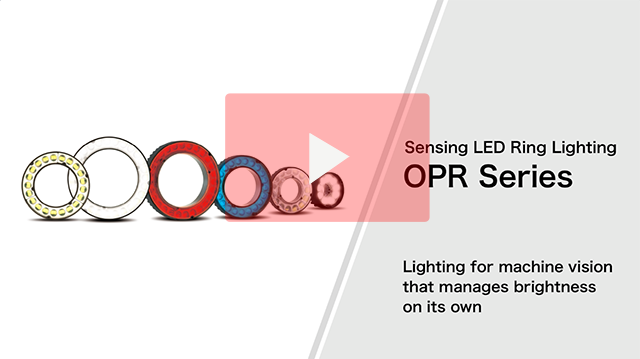 The OPR-SF Series is lighting control-specific ring lighting that offers ultra-high-intensity illumination close to that of strobe lighting with strobe control unit even when connected to a 12 V general purpose power supply.

Because longer illumination times than strobe lighting can be ensured, severe timing adjustments for the camera shutter and lighting necessary with strobe lighting are not required.

In addition, highintensity illumination is possible for illumination times of 1 ms or longer, allowing for even brighter images to be captured with slow shutter speeds.

2.5 times the brightness of conventional products

With continuous operation, continuous lighting must be no longer than 10 seconds (10% duty), but illumination exceeding 10 seconds is possible during adjustment and the like.

In such cases, in order to protect the lighting, illumination is shut off automatically if the internal temperature rises.